A seasoned leader with more than 20 years of senior management experience in the legal, philanthropic and nonprofit sectors, Crystal Crawford has played a pivotal role in advancing the health and economic security of low-income Californians, women of color and communities of color.

Before she was Western Center on Law & Poverty’s Executive Director, Crawford was a program director at The California Wellness Foundation, where she developed and led the organization’s groundbreaking Women’s Initiatives, a multi-million dollar program that amplifies the voices of women of color and provides philanthropy and policymakers with a vision for how to advance the health and economic security of women of color. She also helmed Cal Wellness’ legacy portfolio, Increasing Diversity in the Health Professions, which has supported community-based organizations, academic institutions and countless people of color pursuing and sustaining health professions careers. Prior to leaving the foundation, she helmed the development of the Leading for Power and Change portfolio which was created to amplify the voices, leadership and power of people of color.

Prior to her work with Cal Wellness, Crawford was CEO of the California Black Women’s Health Project, the only statewide organization devoted to improving the health of California’s Black women and girls through policy, advocacy, education and outreach. Prior to  her tenure as CEO, she served as Director of Public Policy for CABWHP and Legal Director for the Alliance for Children’s Rights. Before working in the nonprofit, public interest sector, Crawford was a litigation associate at Manatt, Phelps & Phillips and a summer associate with major corporate law firms in Los Angeles, Boston and New York. She began her post-collegiate career as a public school teacher in Harlem.

Crawford is active in the leadership of numerous civic and community organizations. She sits on the five-member Los Angeles County Public Health Commission and the Dartmouth Alumni Council. She also serves on the boards of the Black Alumni of Dartmouth Association, the Black Women Lawyers Association of Los Angeles Foundation and Funders Concerned About AIDS. She previously served on the boards of Dartmouth College’s Rockefeller Center for Public Policy, the Tucker Foundation at Dartmouth College, Health Access California, SisterSong, and on the advisory council for the California Breast Cancer Research Program.

Crawford is the recipient of numerous awards, including the 2009 Advocates’ Award from Western Center, the 2012 PowerPAC Award from the Los Angeles African American Women’s Political Action Committee, and the 2015 Outstanding Women of the City Club Award.

Originally from Harlem, New York and Teaneck, New Jersey, Crawford earned her bachelor’s degree in history from Dartmouth College and law degree from the New York University School of Law, where she was an Arthur Garfield Hays Civil Liberties Fellow, Chairperson of the Black Allied Law Student Association and served on the editorial staff of the Journal of International Law & Politics.  She is admitted to the bar in California, New York and New Jersey. 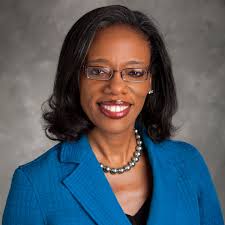