Anne Aslett is the global Chief Executive Officer of the Elton John AIDS Foundation (EJAF) which she has served for almost 20 years. As International Development Director to EJAF UK, she managed more than £60m in grants to programmes in Europe, Africa and Asia, before taking over the UK Foundation as its Executive Director in 2008.  When the US and UK Foundations merged their operations in 2018, Anne assumed her current role.

During Anne’s tenure Foundation has become the 6th largest AIDS funder globally; has saved the lives of over 5m of the most marginalised people in the world and raised awareness of HIV amongst more than 100m people.
Anne joined the Foundation from the commercial sector, where she managed a news information service for the UK leading print and electronic media, following over 5 years in print journalism and documentary film making on health and current affairs issues.  She has served on a number of boards including for Comic Relief, the European Funders Group and most recently the UK’s HIV Commission. Anne was voted to the Board in November of 2021. 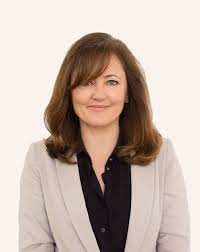